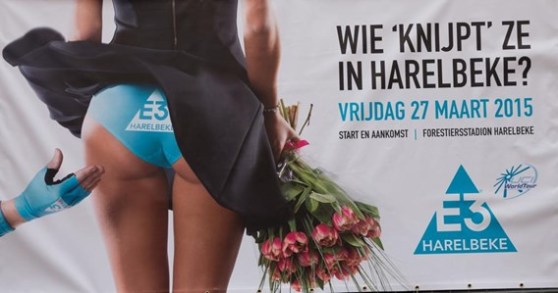 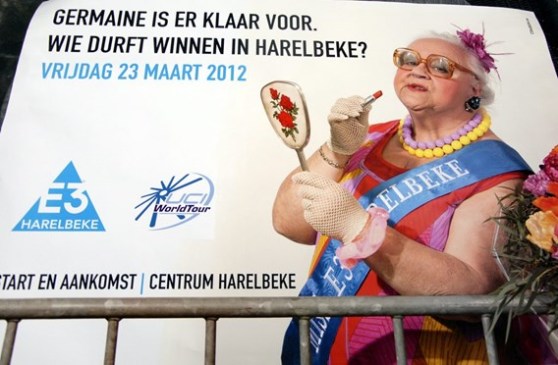 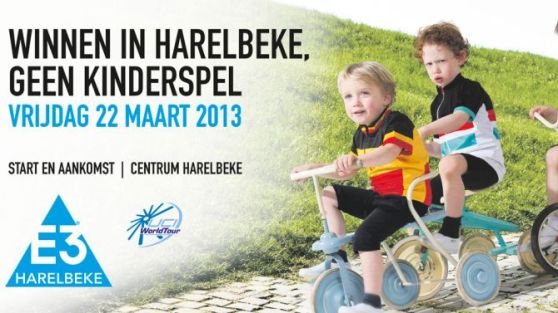 “To offer the cheapest flights on the market, the budget carrier had eliminated on-board meals. But it wanted to make sure consumers saw the connection between its minimal service and low fares. So Southwest marketed itself as the “peanut airline”—meaning you fly for ‘peanuts,’ and peanuts are what you get.”

In 19th-century England, he explains, Jenner’s smallpox vaccine was known to be effective. But despite the Compulsory Vaccination Act of 1853, many people still refused to take it, and thousands died unnecessarily. “That was the birth of the anti-vaccine movement,” he says, adding that then — as now — those at the forefront “were great at mass marketing. It was a print-oriented society. They were great pamphleteers. And by the 1890s, they had driven immunization rates down to the 20 percent range.”

Immediately, smallpox took off again in England and Wales, killing 1,455 in 1893. Ireland and Scotland, by contrast, “didn’t have any anti-vaccine movement and had very high immunization rates and very little incidence of smallpox disease and death,” he says, taking a breath. “You’d like to think we would learn.” 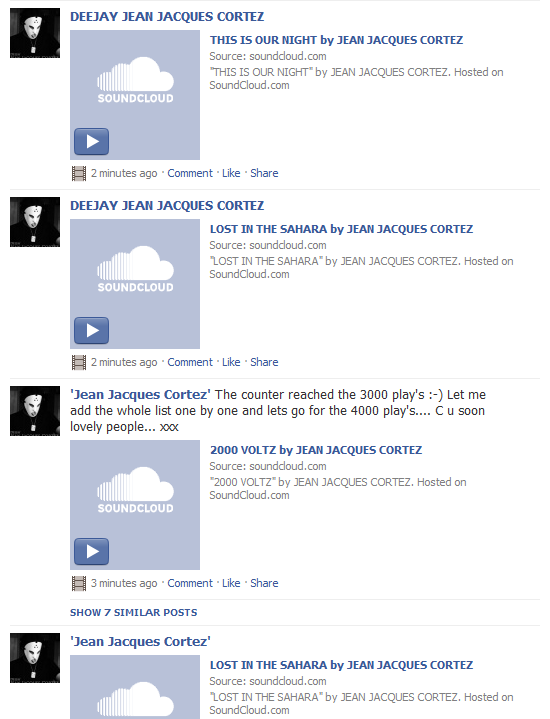 Here’s an another example of too pushy marketing/personal branding/whatever in the pull-minded era we’re in at the moment. Jean Jacques Cortez, enjoy your 15 seconds of fame.

Notice the “SHOW 7 SIMILAR POSTS”, these are all by him. I mean, dude, post one link to your SoundCloud. Not twenty.

Another thing to notice: he used his profile, and his fan-page. Double content. Joy. Not. Don’t piss off your crowd! And certainly don’t miseducate them by using crappy english.

I’m about to rant on marketing. But first, let me elaborate more on the concepts called “communication”, “push” and “pull”.

Communication: or how a message is sent from sender to receiver.

One would think communication is pretty simple. But actually it is not. I’ll try to explain it with the figure above. Communication is perceived to be simple because one often thinks a sender sends a message to the desired receiver through a certain (chosen) channel (telephone, letter, Facebook, e-mail, newspaper, television, …). What some people tend to forget are the filters S (at the sender side) and R (at the receiver side). These filters actually change the message: the sender may choose the wrong words or tone, or the receiver may misinterpret the received message (perhaps because he has a dirty or evil mind). The channel itself is a filter too: an image brings a whole other message than a radio ad.

The push mechanism is quite simple. Let’s assume there is someone listening no matter what is being said. So if you have something to say, you just get yourself a channel leading to those who are listening and push your message through the channel to the listeners. Simple. Classic examples: newspapers, magazines, tv in the pre-digital era, radio. Nobody is nor can be selective on what they watch. Modern examples: the Blackberry mail system which pushes the mail from the server to the mobile device itself without user interaction.

Basically: the filter R doesn’t change a thing to the message, and lets almost every message pass.

The pull mechanism on the other hand, works the other way around. The receiver decides what he’s going to receive (by choosing which channels and messages he’s interested in).

It’s this pull mechanism that actually defines what web 2.0 is all about: the user selects what he wants to receive. Websites got more dynamic: content could be selected by setting the appropriate filters (like the more recent Facebook friend stream). News gathering wasn’t only through tv, radio and newspapers anymore: people started to read blogs and use google to get more (and perhaps less biased) information on certain topics. As the number of blogs and websites they follow grows, they start using feedreaders and subscribe to the sources they want. General newspapers are replaced by numerous feeds about specialised topics (e.g. from xkcd comics over spacediscominimaltechno to – let’s say – the “everyday life” of Imke Dielen).

Since the advent of web 2.0 and the pull mechanism, marketing and especially advertising have to adjust their way of working (more on the difference between advertising and marketing) (and there’s also this more accessible cartoon, via Polle de Maagt) (also checkout this tweet by @broodkast). The game for marketeers actually got more interesting: find “influential” bloggers in your market (or bloggers who have a so-called crowd or tribe that fits the desired market) and have them write about (a.k.a. subtle advertise) your product/brand/whatever.

And there is the problem: most of the times, this marketing 2.0 is way too much focused on advertising (on blogs, Facebook groups, …) and actually not so subtle. By doing this, it’s becoming more and more of spammy through “authorised” channels (cfr my own blogpost on Diesel’s Only The Brave fragrance).

Even worse are the zillions of Facebook groups and fan-pages sending messages and event invites to their subscribers. Can’t “they” build a website where every artist/promotor can post the event and I’ll check what I’ll do this night? Tip: it’s probably called last.fm. But no, every promotor nitwit happens to be on Facebook and sends me each day a group message, an event invite, another message for a double group (because yeah, he’s a nitwit after all). If you have a Blackberry with the Facebook app, you know what I mean.

And have you ever tried to have a conversation (yet another keyword of web 2.0) with these spammers? Good luck with that.

Push became pull became massive push. I’d say it became bull. Social media and web 2.0 were a revolution. But it came at the large price of semi-sollicited spam from marketeer- and advertise-wannabes. It’s a good thing defriending & unfollowing are a trend in 2009.

Epilogue: thanks to companies like Talking Heads some good examples like this Nike+ campaign are available. Other fine examples are @HeathrowAirport and @Kinepolis. They’re unobtrusive and respect the pull mechanism.